Maman Brigitte may well be a death loa (or lwa) and the consort of Baron Samedi in Haitian Vodou who drinks rum infused with hot peppers and is symbolized by a black rooster; she is also goddess of life, justice, motherhood, fertility, women and passion. Things we bet also your father loves. Today Maman Brigitte is also the name of a an entry level rum many people will appreciate. Some rums are better than others because of the selection of ingredients and the way the rum is bottled. Maman Brigitte developed by Rasta Morris is such a rum.

“I never drank alcohol himself until a friend bartender poured me a glass of Jack Daniels single barrel whiskey after closing time in 1994”, says Bert Bruyneel, founder of Asta Morris. “It was as if a thunder-lightning struck me and I immediately fell in love. Soon whiskey became a hobby. We bought a first, a second, a third bottle, … After the 20th bottle we decided to go to Schotland and founded over there the first whiskey club. In Schotland I became even more crazy about whiskey. I started writing about the alcohol and was invited by Malt Maniacs’ a society with only 24 members worldwide. I became one of their members and wrote a lot of articles for them. Then I started to work as a freelance columnist and tasting animator for two Belgian importers. My passion grew and then I purchased my first own cask of whiskey. So you could say that Asta Morris originated from my passion for whiskey. We founded Asta Morris in 2009 as an independent bottler and today it is my profession.”

From whiskey to gin
“In 2012 started the big hype around gin in Flanders’, Bert Bruyneel says. “I never really participated in this hype but one evening I was invited for a barbecue at a friend’s house and as they were all drinking gin they started to make a bit fun of me as a passionate whiskey drinker. They challenged me saying that gin was too complicated for me and I would not be able to understand the product. So I ended up trying gin that evening. A year later I launched a new gin on the market NOG ‘No ordinary gin’ that matured in oak previously released whisky casks from Asta Morris. The idea was to create a gin for drinking pure but also with tonic.This gives the gin a nice color, more roundness and surely also more complexity. From there grew DRKNSS exclusively for The Jane in Antwerp.”

“Till that time, I always found rum a very difficult product as I often found that it was too sweet and sticky. But that was maybe because until then I had tried too many commercial rums that weren’t really matching my taste of rum.

Rum time
“And then in 2017 during the Rhumfest in Spa my interest in rum grew”, Bert Bruyneel says. “Till that time, I always found rum a very difficult product as I often found that it was too sweet and sticky. But that was maybe because until then I had tried too many commercial rums that weren’t really matching my taste of rum. Later on this festival I discovered some rums and I fell in love with some origins of rum. Origins are for rum very important in the sense that they can determine the taste and the profile of the rum. But I was a novice at that time and didn’t know enough about rum so I started working with the daughter of a Haitian rum stoker in Belgium. I stared to study a lot about rum and went to do tastings with her as she could explain us everything about the rum. As such we started botteling them and Rasta Morris was born. We wanted with Rasta Morris to bottle rums that are not diluted, without artificial colouring, no added sugar, no chill filtration and always single cask. Because every cask has its own character that it can give to the rum and if you bottle with one single cask you have all those characteristics in this single bottle. If you start mixing, you will smooth things out and you invariably lose some of its unique character. That’s how we came up with the idea to market a rum that was a little more entry level and so Maman Brigitte was born.”

Who is Maman Brigitte ?
“Maman Brigitte may well be a death loa (or lwa) and the consort of Baron Samedi in Haitian Vodou that drinks rum infused with hot peppers and is symbolized by a black rooster (whom you will find on the Maman Brigitte bottles)”, Bert Bruyneel says. “She is also goddess of life, justice, motherhood, fertility, women and passion.  She was strong-mouthed and could make her point with panache. She herself liked to drink heavily pigmented rum and rum is still offered in her honor on her name day. Our Maman Brigitte is a blend of rums from three origins, i.e. Barbados (8 year old) distilled at the Fort Worth distillery, Dominican republic (5 year old) from AFD or Alcoholes Finos Dominicanos and last but not least we work with a Jamaican (3 year old) rum distilled at the Working Party Industry. Some big names that provide certain nice accents in the rum. The rum of Barbados is the rum that gives the fruity aspect to Maman Brigitte – mainly citrus but also pineapple accents (which fit well with Maman Brigitte) and also holds the blend together. The rum from the Dominican Republic gives the spiciness and the body and the rum from Jamaica provides the funkiness that comes from the high content of esthers that makes the roots of Jamaica so typical. In Jamaica they throw the surpluses of the distillates into pits – so-called dunder pits – and let them ferment (or rot) in them. Each subsequent fermentation is actually kick started by taking a piece from that stink pit and throwing it into the new batch of fermentation. That’s how you get that funkiness and very special flavors in it.”

When we smell Maman Brigitte, we first discover rum with fruity notes, clear citrus. Tasting we discover some small notes of almond notes and a light touch of white pepper. A caramelized touch with pineapple and vanilla flavor.

How does Maman Brigitte smell and taste ?
When we smell the rum, we first discover rum with fruity notes, clear citrus. When tasting we discover, some small notes of almond notes and a light touch of white pepper. A caramelized touch with pineapple and vanilla flavor. The funkiness of the Jamaican rum is not dominant, but the same Jamaican rum does provide a certain tingling in the mouth that is subsequently taken over by the pineapple peel and the citrus that comes back continuously. It seems to us a fairly accessible rum that will be tasty for many.

Noa Van Ongevalle, co-owner of The Pharmacy, got to work with Maman Brigitte and created some cool cocktails, including this Zombie cocktail. What do you need?
• 5 cl Maman Brigitte
• 3 cl freshly squeezed lime juice
• 2 cl falernum = syrup of star anise, cinnamon, sarawak pepper and cloves
“The important thing with this rum is not to overpower it with flavors like mango, strawberry or raspberry that will obscure the rum,” says Noa. “I think it’s important that you start adding things that emphasize the characteristics of the rum. So we made a falernum which is a herbal liqueur with a little alcohol or as I made it ‘alcohol free’. In addition, I have used Sarawak pepper, which brings out the citrusy touch of Maman Brigitte, then I have used cinnamon to create complex flavors and for the warm feeling in the mouth, star anise for a sweet aromatic taste and cloves that are very spicy so don’tuse too much.

Available in catering establishments such as The Pharmacy. But also at Colruyt at € 34.99 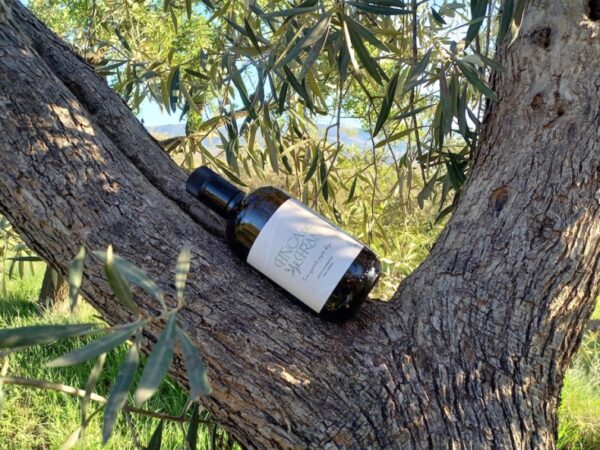