Bernard-Massard, may well be the main producer of traditional method sparkling wines of Luxembourg, the family managed company, doesn’t miss a chance to put its sparkling wines into the spotlight. Since 2016, Bernard-Massard has been entrusting creative artists with the design of its end-of-year cuvée, produced in a limited edition. We had the chance to discover the 6 new limited editions during a cosy evening in Patty’s place in Overijse where we had the chance to design our own Bernard-Massard Signature Edition, revealing our inner Salvador Dali. 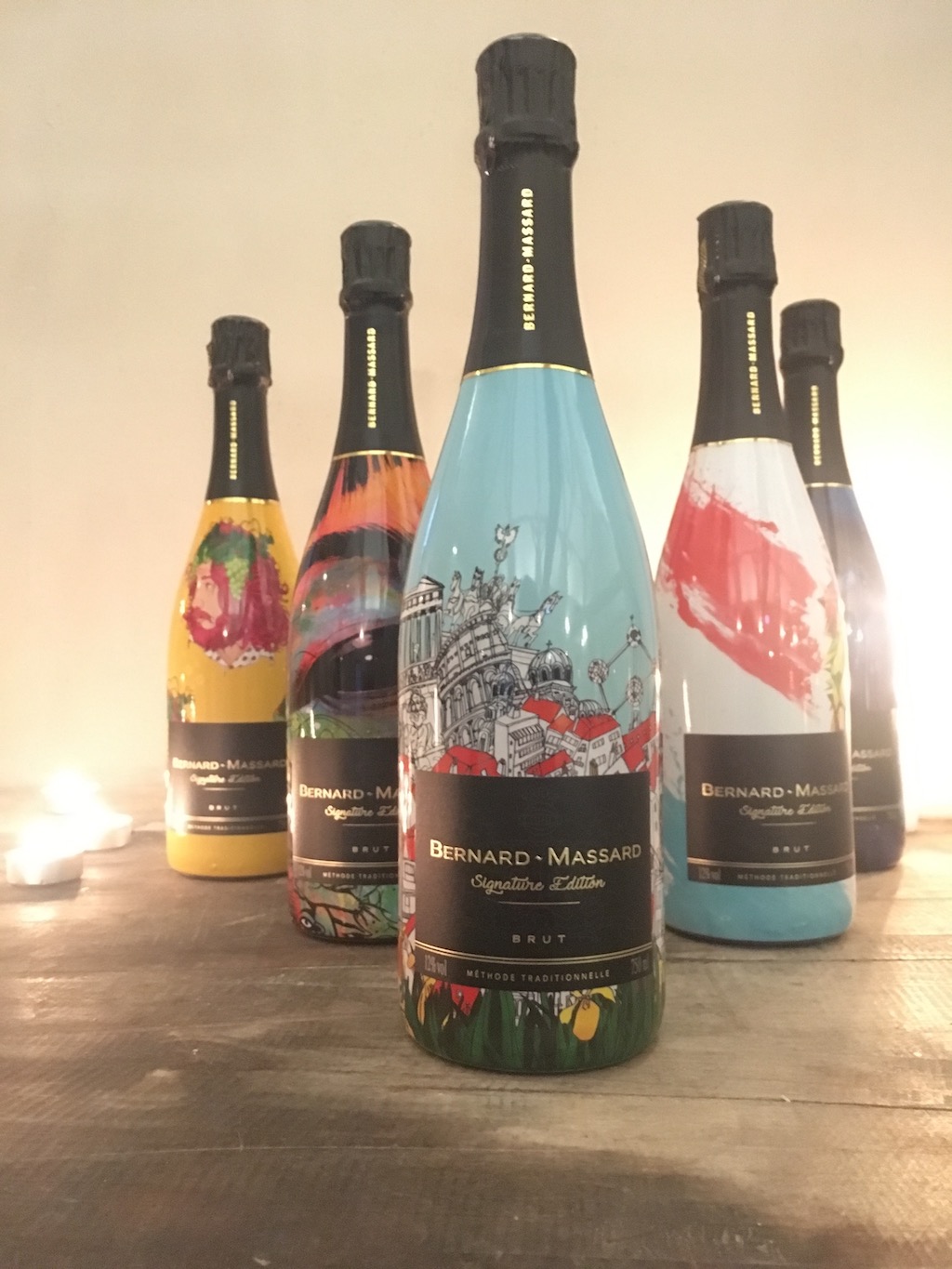 The Bernard-Massard sparkling wines don’t give you a headache! One of the other reasons of the big success of the luxembourgish brand!

Sinds 2016, through an online contest, Bernard-Massard invites budding, seasoned and experienced artists each year to create a personalised label and collector’s muselet for his effervescent cuvées, called ‘Signature Cuvée’. 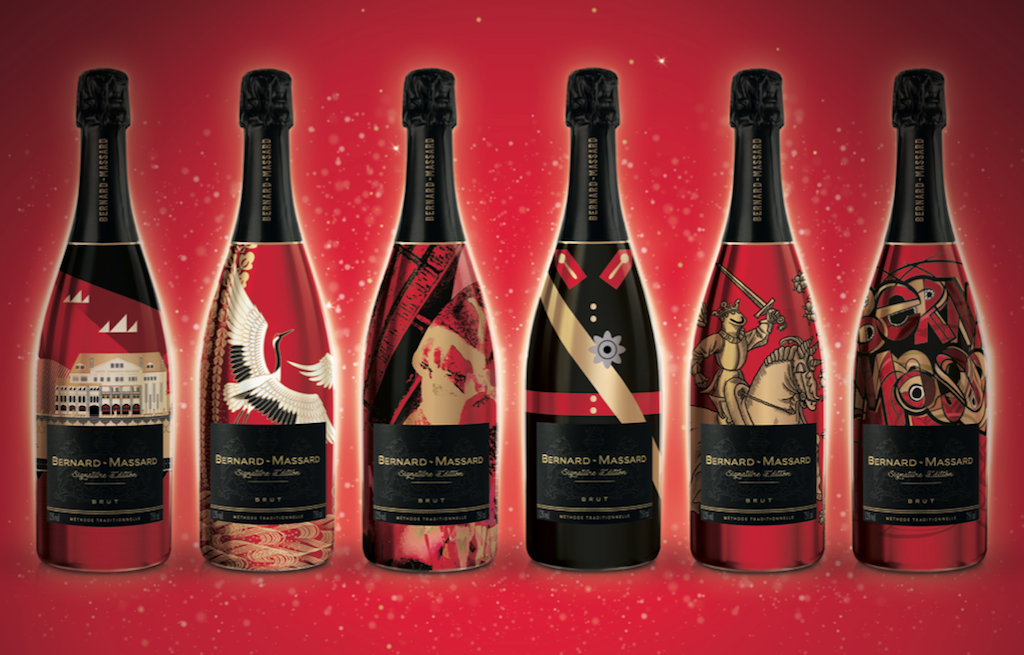 The six laureats that were chosen this year to dress the bottles of the 2019 limited edition: 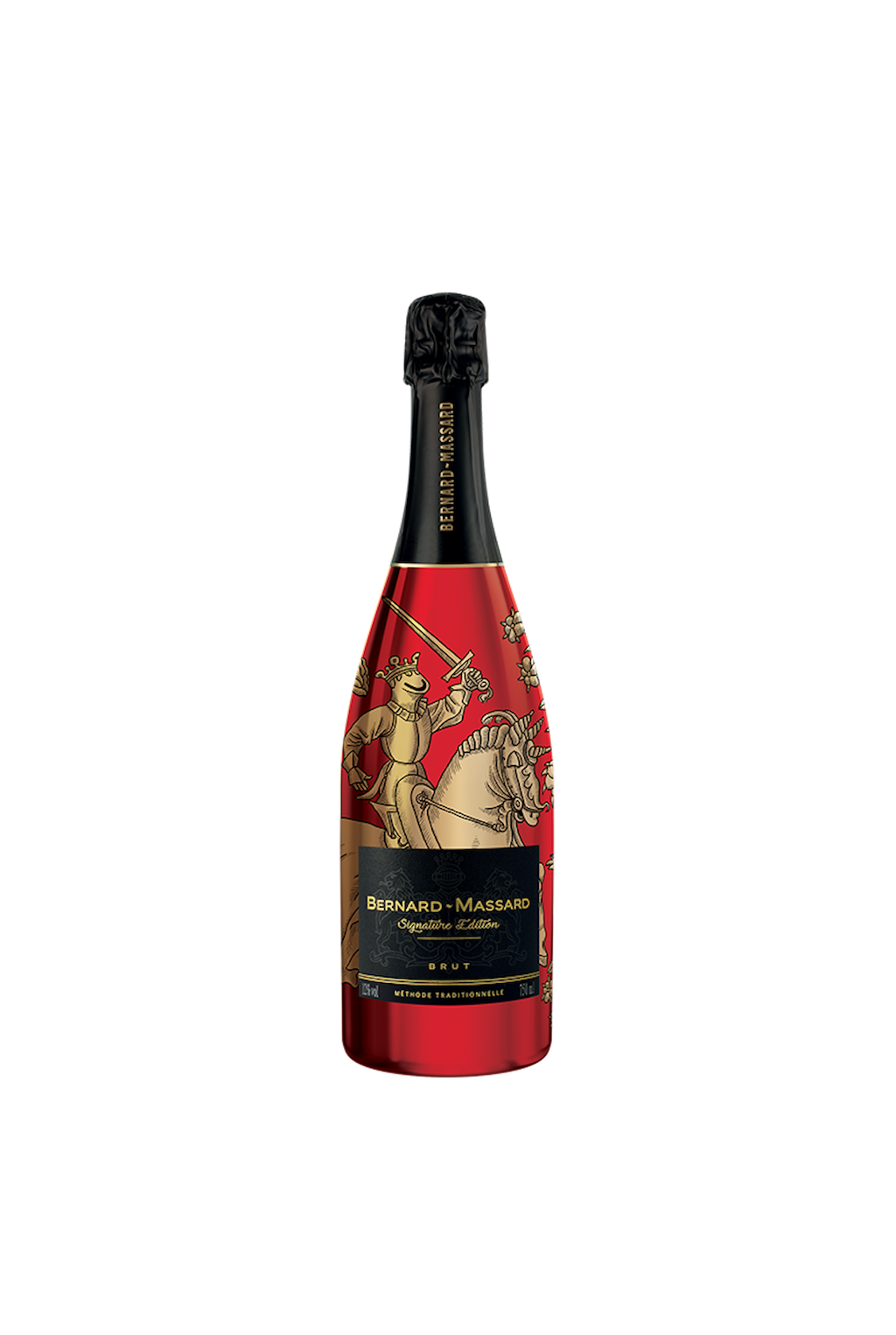 Born in the Loire region in France, Yves works as an independent graphic designer since 2017. His passion? Filmmaking and the creation of visuals and illustrations, especially for the music and culture scene. Yves holds a diploma in graphic design-digital media and a professional degree in sound and image engineering. The young man of 25 has lived for some time in Québec (Canada) which gave him the opportunity to further improve his skills. 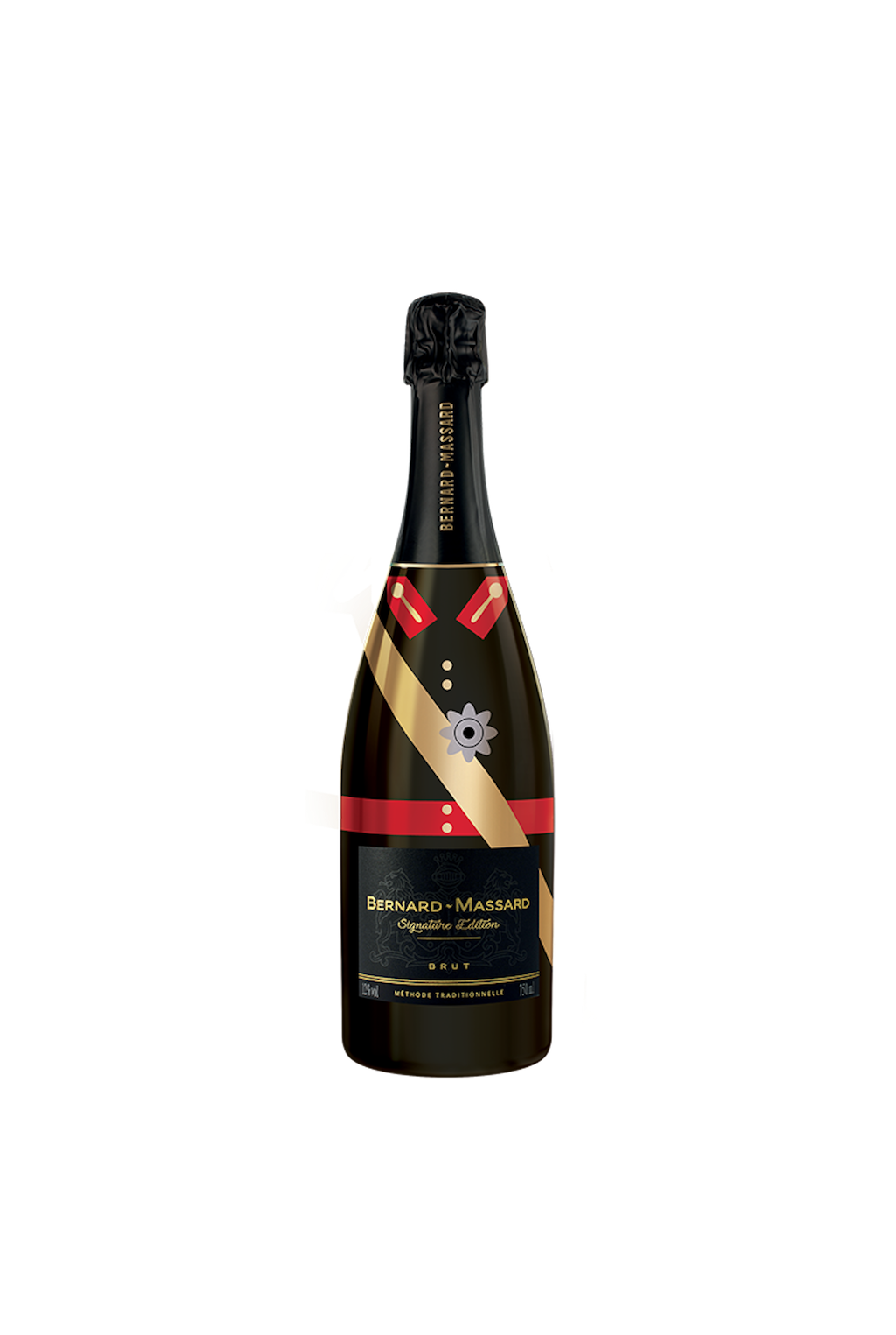 Verena decided to turn her long-time passion into a career, embarking on arts and illustration studies first in Dornbirn (Austria), then for 6 months in Denver (USA), and nally in Saarbrücken (Germany). This is where she started her career before leaving for Luxemburg in 2018 where she now works as a digital designer and develops creative communication concepts for digital media. 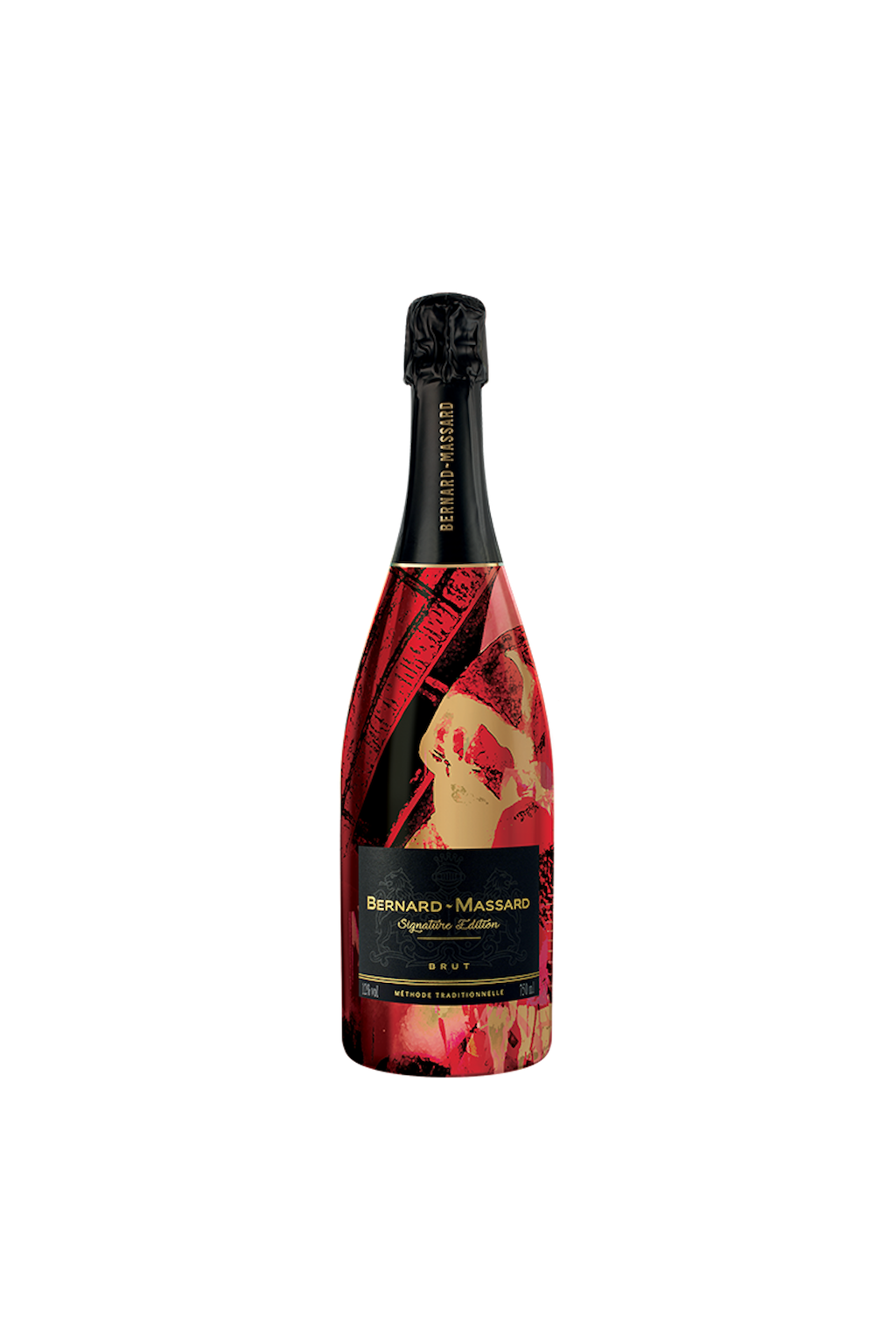 Originally from Villerupt (France), the multitalented Michel Rion has been well known in his region for 30 years. The fan of Dali employs his talents to blend di erent art forms with virtuosity. Former electro musician and radio host for 20 years, he now dedicates himself to photography, photo montage and lmmaking. Sometimes, he appears behind and in front of the camera, as it was the case in his 2016 documentary about the rolling mill SLV in Villerupt. 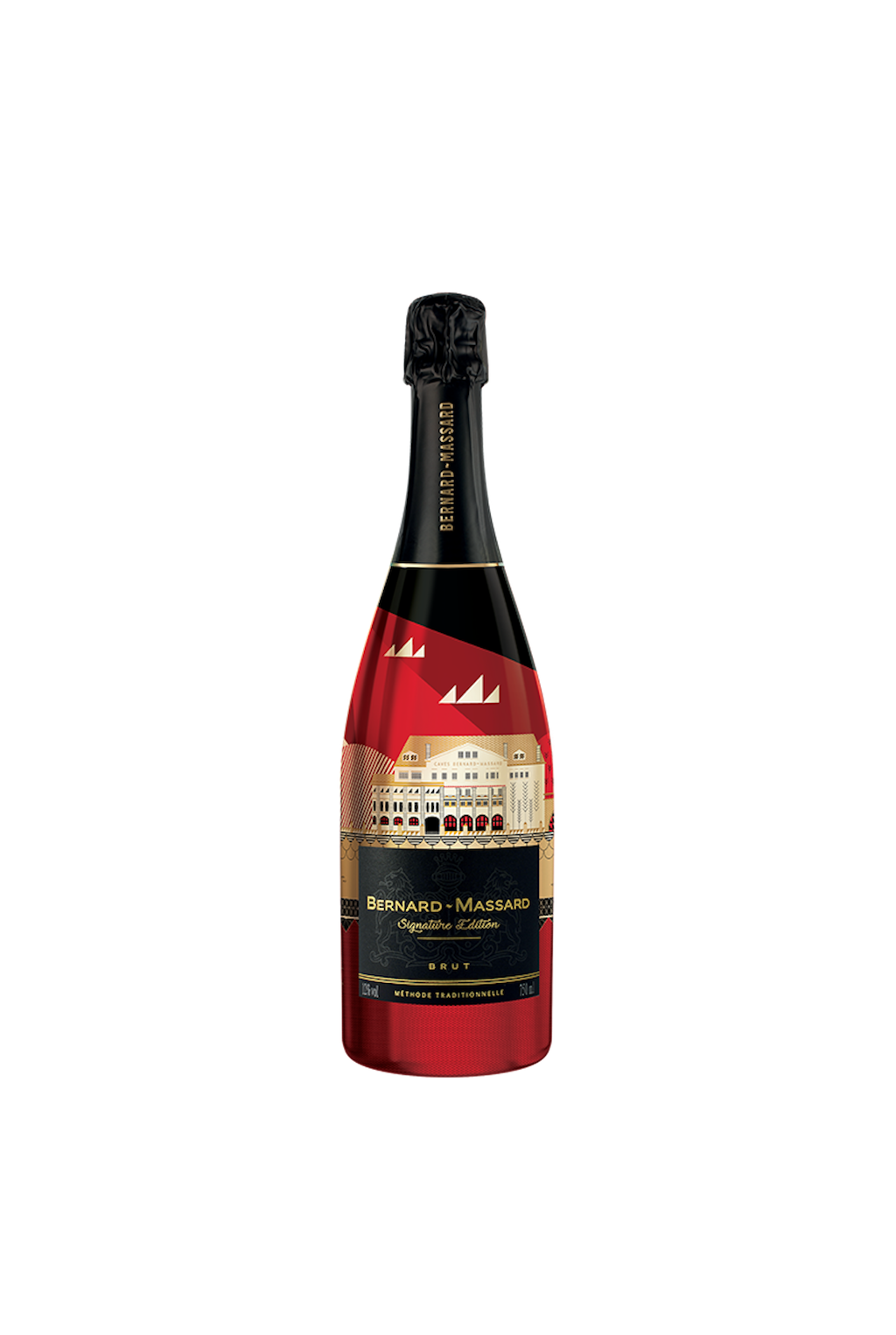 The young graphic designer of 23 Ilse Theunissen lives in Liège, Belgium, and holds a diploma of the art academy Saint-Luc. Currently, she works for a graphics company but continues to create her own art and successfully participates in competitions like this one, organised by Bernard-Massard. In March 2017 she won the “CréaPicto” competition: Her pictogram was chosen as a symbol for business parks in Wallonia and can now be found on Walloon streets. 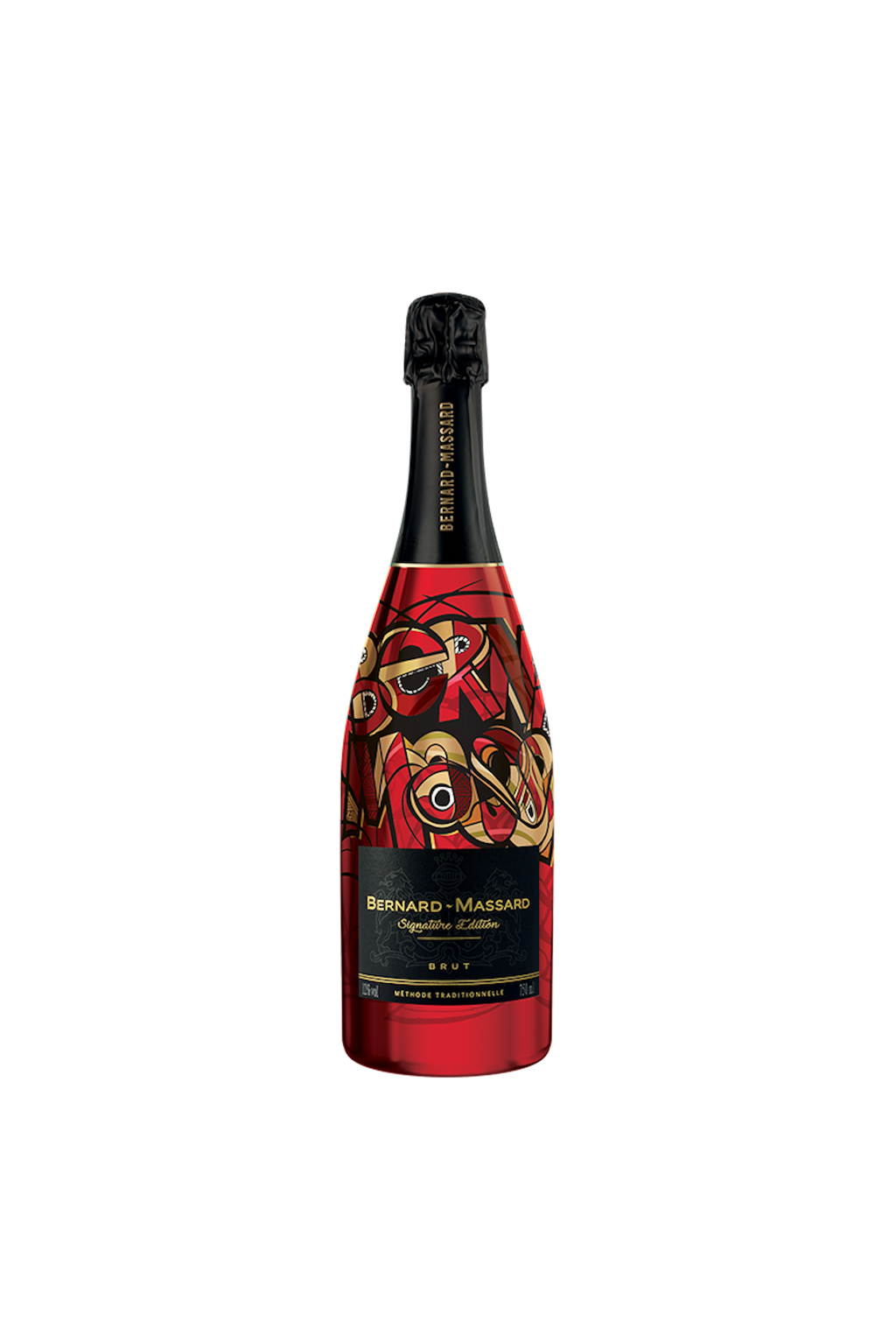 Born in 1976 in Verviers (Belgium) this plastic artist and graphic designer was exposed to the world of arts from a very young age. After studying at Saint-Luc he got a degree in graphic design and decorative painting at the art academy of Verviers. His career starts in the 2000s in Belgian and Luxemburgish advertising agencies while he continues to create his own art: be it with spray, highlighter or acrylic paint… anything goes. Florkey loves mixing digital painting with traditional techniques and devotes himself to creating – sometimes very profound – colourful art pieces, pop and street art. 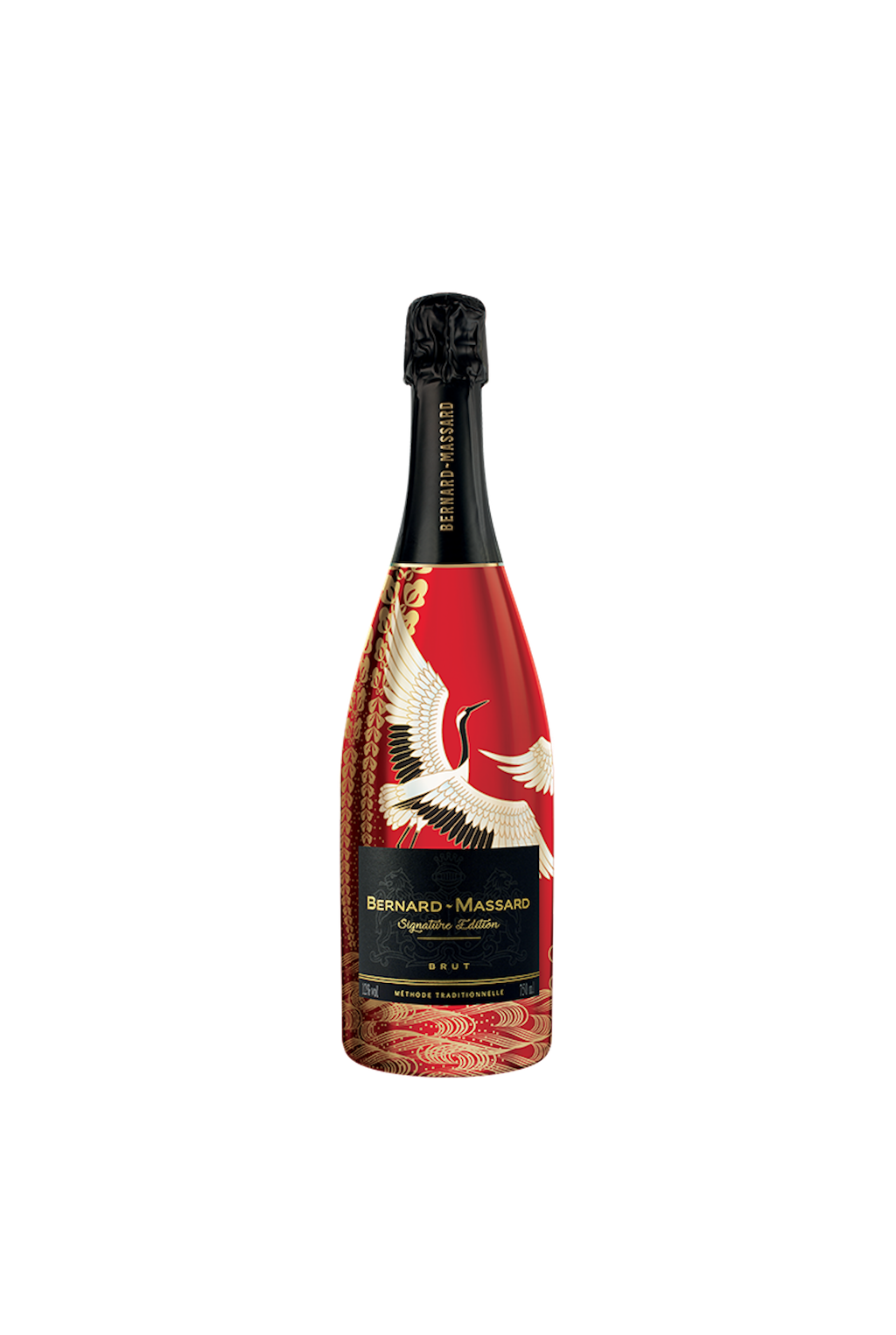 For 20 years, Anne Kurki worked as a creator for various advertising agencies and private companies in Finland. Throughout her career she created numerous visuals for renowned brands as Biotherm, Cacharel, Armani, Lancôme, Viktor&Rolf and YSL. 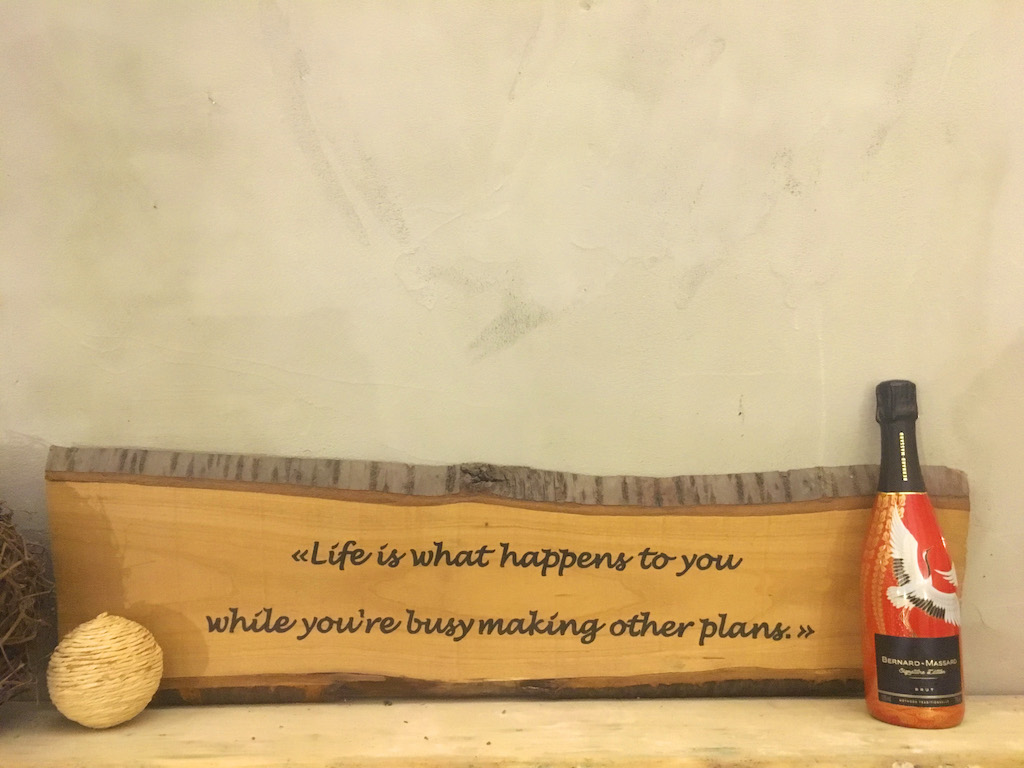 Bernard-Massard’s Signature Edition will be on sale by the end of the year in most commercial channels in Belgium and of course Luxembourg. The works of the artists of the 2019 edition will also decorate the muselets of all bottles of 75 cl of Bernard-Massard cuvées marketed in Luxembourg and Belgium during this period. With 3.5 million bottles leaving the Bernard-Massard cellars annually this collab will not pass unnoticed. 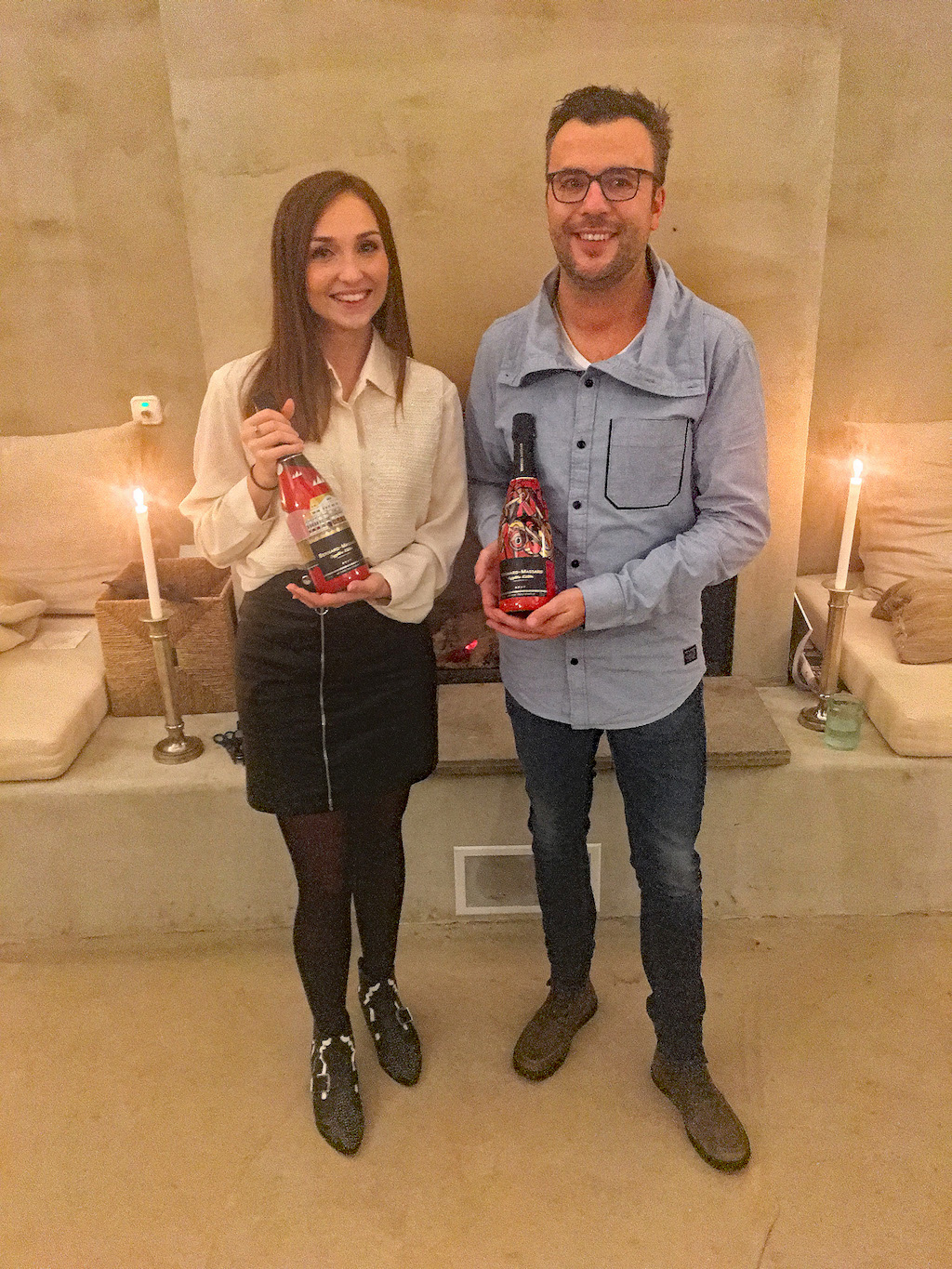 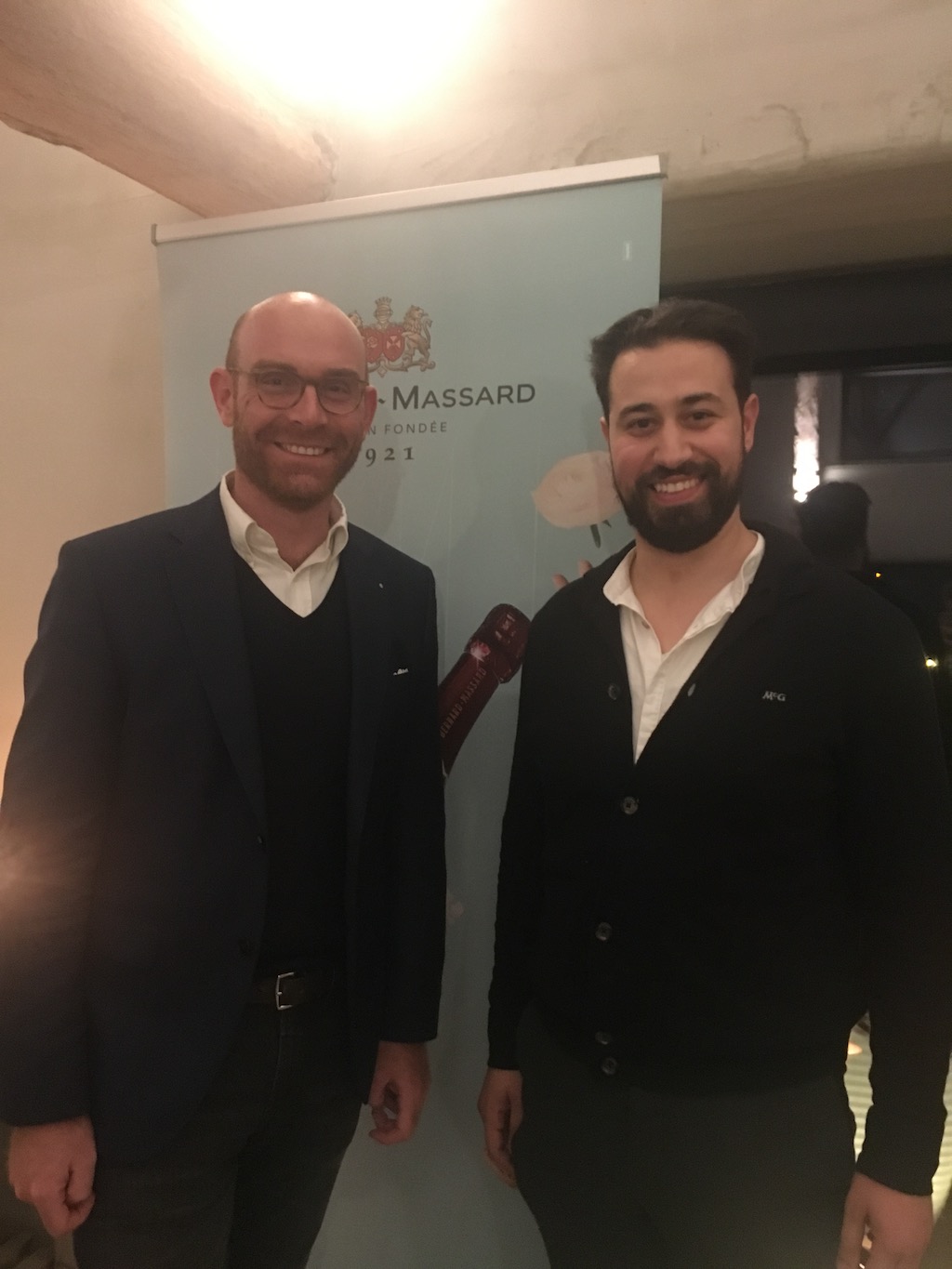 Today, Bernard Massard is the leading family producer of still and sparkling wines in Luxembourg with a total production of nearly 3,500,000 bottles. Everything started in 1921 with the young and brilliant oenologist Jean Bernard from Luxembourg who worked in the Champagne region. Convinced of the quality of his homeland and driven by the desire to cultivate luxembourgish wines, the young man returns to his native country to create his own company along with his entrepreneurial, wine enthusiastic friends. He added his wife’s name to his own to form Bernard-Massard – a choice which already predicted that this project would develop into a beautiful family saga.

During its existence of almost 100 years, the family business has become the main private producer of wine in Luxembourg. After Belgium, Bernard-Massard has steadily conquered new export markes such as Finland, Canada, Great-Britain and about twenty other countries. Numerous publications and awards testify to the quality of its products. Over generations, Bernard-Massard’s history with its exceptional know-how has been written by 2 or 4 hands with either one or two passionate men at its head: First Jean Bernard-Massard and members of the Clasen family subsequentlly: Bernard, Joseph, Carlo, Hubert and now Antoine.

Antoine Clasen explains about the family company. By taking over from his father, Hubert, in 2016, he became the general manager of Bernard-Massard. Today, at 36, Antoine Clasen represents a new generation of entrepreneurs on the Moselle winegrowing. 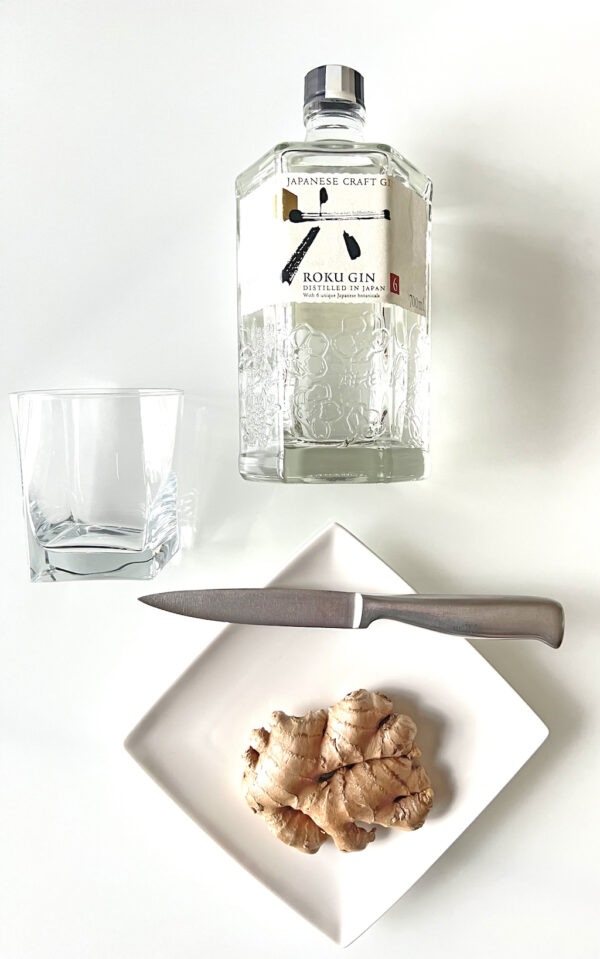 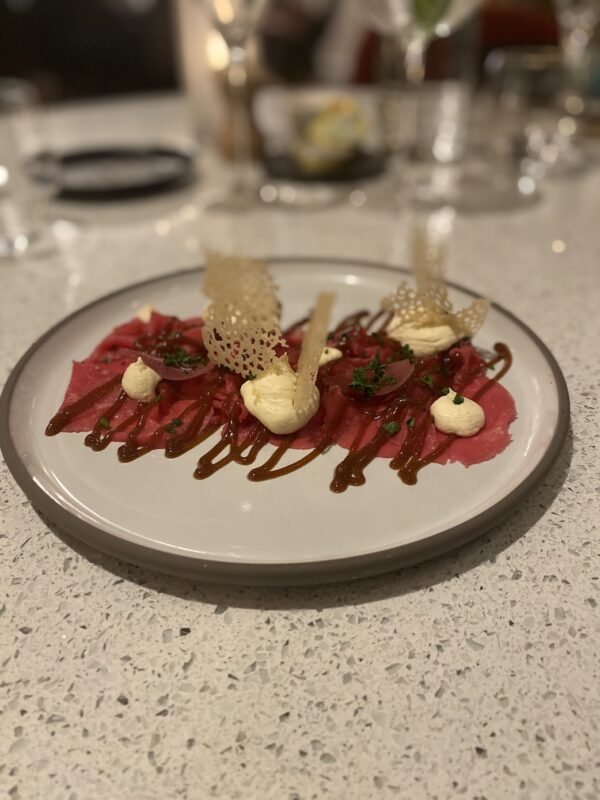 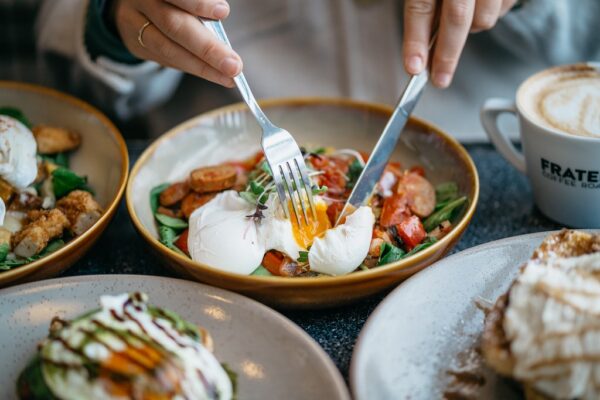