The National Classic Tour may blow out 20 candles this year, but the motor of the driving forces behind the organizing Master Switch is not nearly worn out. At the beginning of the new year, the men behind the idea, Jacques ‘Kiki’ Bruyns and his partner Stéphane Sertang will open a school where car enthusiasts can learn how to drive regularity tests and rallies. 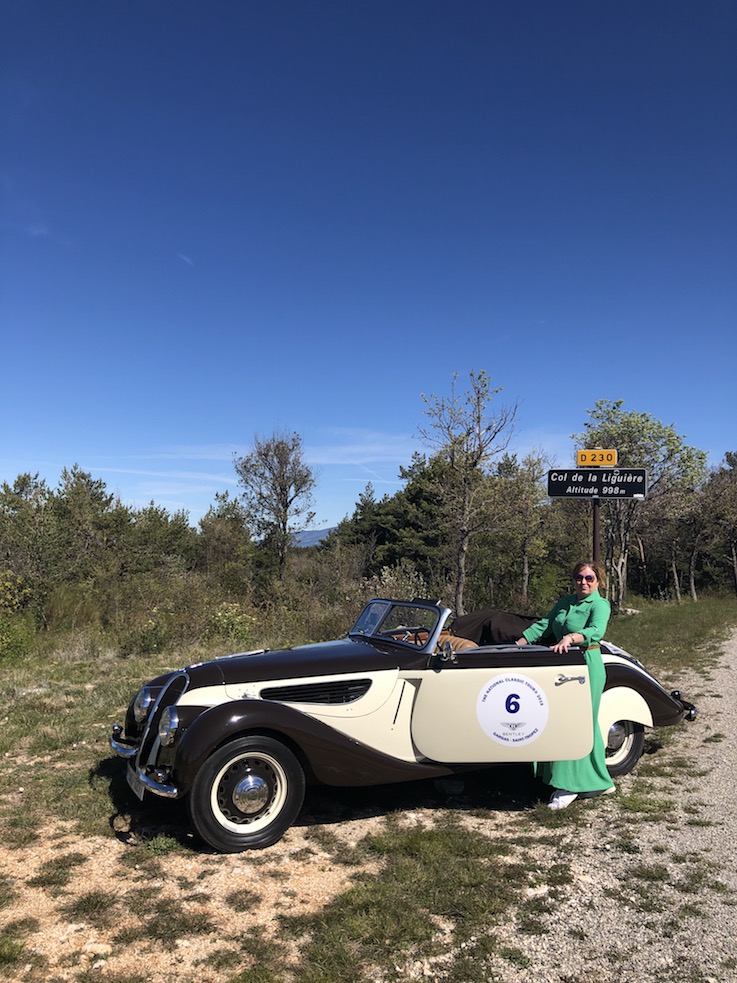 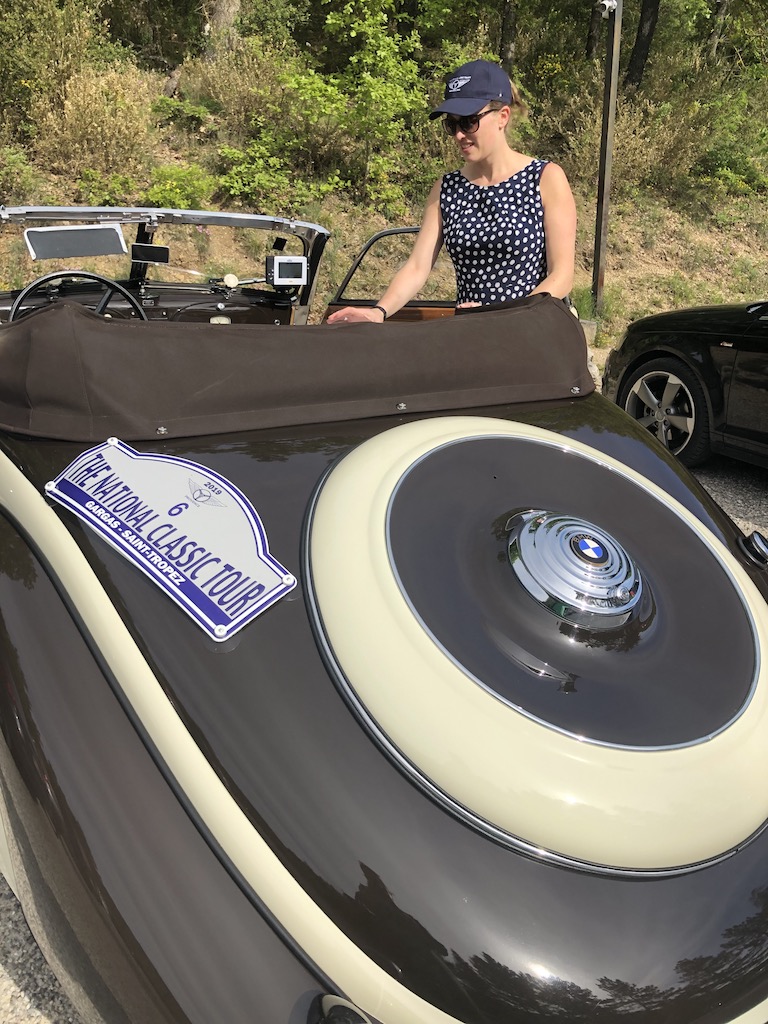 A Japanese driver bends at dawn over the engine block of his 1937 Fiat Siata 500 Pescara. A few steps further, two dynamic Belgian women manually unfold the fabric roof of their BMW 327 Sports Convertible, while on the other side of the road a couple frantically polishes the chrome grille of their 1932 Invicta Low Chassis 41/2 LS. In addition to the smell of gasoline and burnt petrol, there is also some tension felt in the air. “The nervousness surrounding the departure every morning … will the car start or not … that is the best moment of the day for me,” says Stefaan Bettens, CEO of Jet Import, distributor of Fever-Tree and other drinks like the delicious gin Copperhead. “It is also the moment that participants take a closer look at each other’s cars. And every time you learn something new. “ 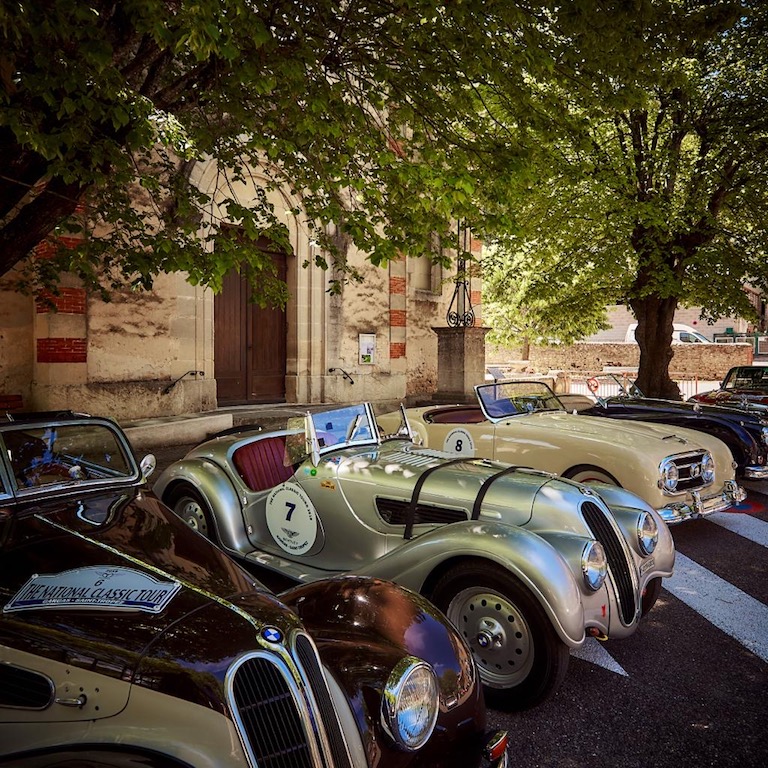 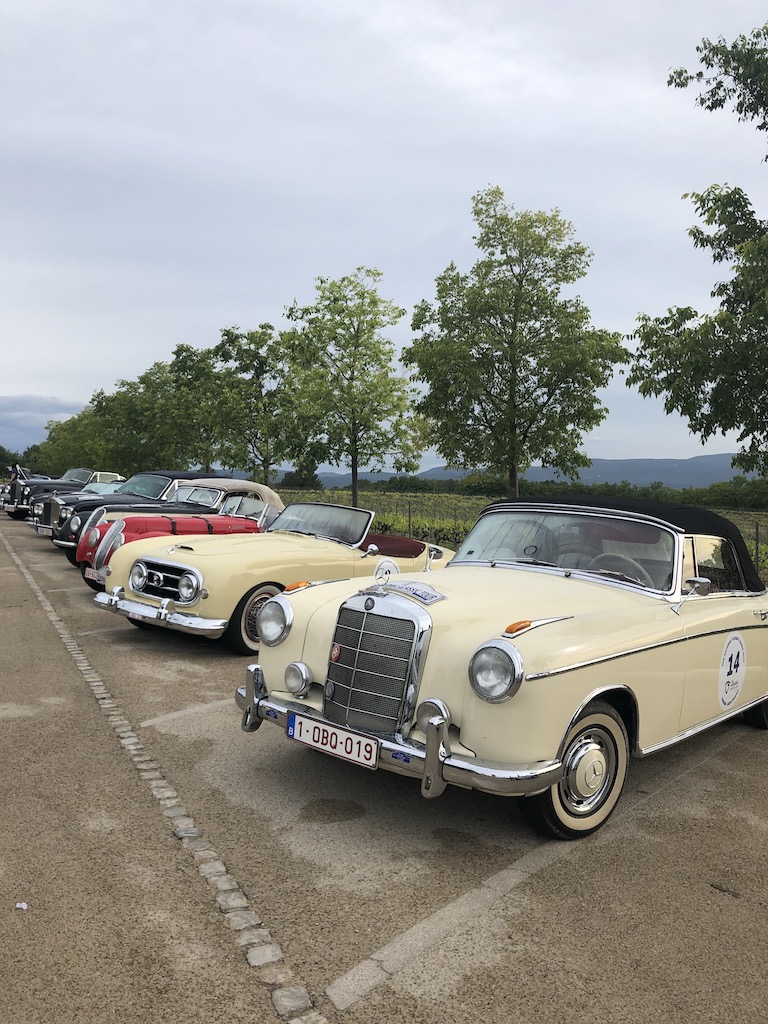 “The nervousness surrounding the departure every morning … will the car start or not … that is the best moment of the day for me,” says Stefaan Bettens, CEO of Jet Import, distributor of Fever-Tree and other drinks like the delicious gin Copperhead. “It is also the moment that participants take a closer look at each other’s cars. And every time you learn something new. “

From regularity rally to tour
“The National Classic Tour was for seventeen years a regularity rally for cars built between 1930 to 1965”, says Jacques ‘Kiki’ Bruyns, founder of Master Switch, organizer of the NCT. “Until I learned from the Belgian Federation for Old Vehicles (BFOV) that there are more than 3,500 pre-war cars registered in our country. That is quite a lot. Because a market was herewith opening for us, we decided to transform the National Classic Tour in 2017 into a tour specifically for pre-war cars but without regularity tests. Last year we also decided to admit cars up to year 1955. After all, the technique of classic cars up to that year is largely the same. It is only afterwards that cars became more and more modern until the Porsche 911 revolutionized car history in 1964.”

It’s again that #time of the #year to look back at some highlights One of mine was my participation in #TheNationalClassicTour in a #bmw327 #sports #convertible This #tour organised by @MasterSwitch2000 combines passion for cars with epicurian lifestyle. We passed the most beautiful roads of #provencealpescotedazur and some marvelous addresses like #LaCoquillade in #Gargas Next year takes you in and around salzburg . Special thanks to @ginionclassics and my travelbuddy @so.verheyden . . . . #NationalClassicTour #masterswitch2000 #travelgram #traveltheworld #classiccars #travelblogger #travellover #globetrotter #travelinstyle #tryitwearitloveit 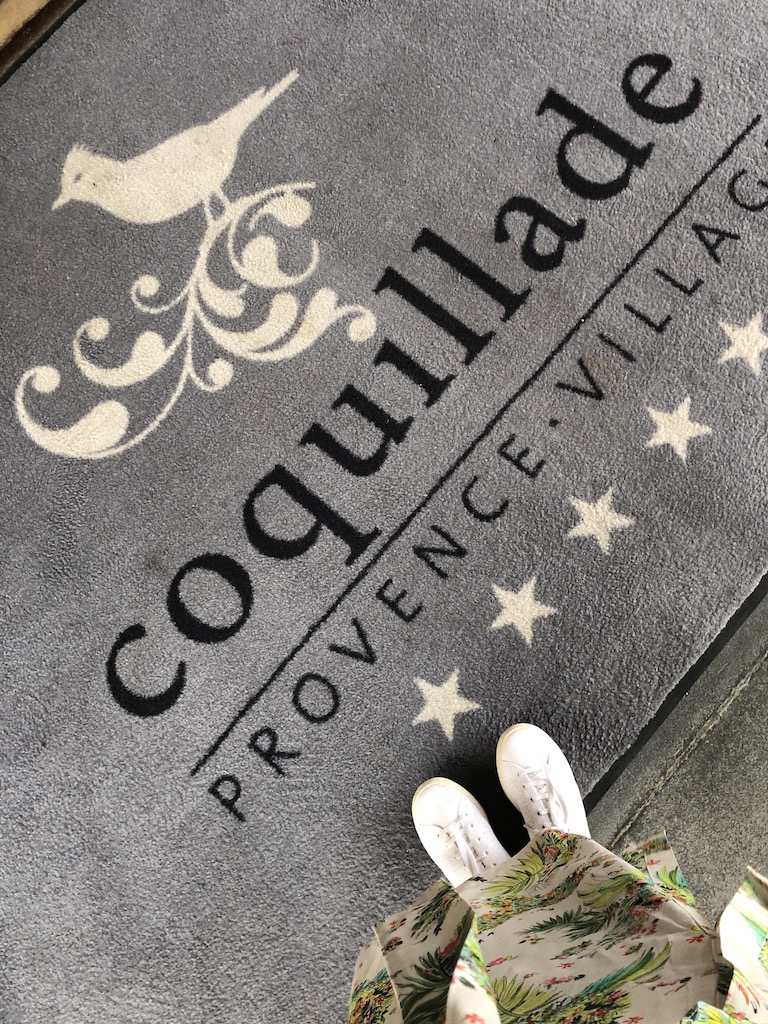 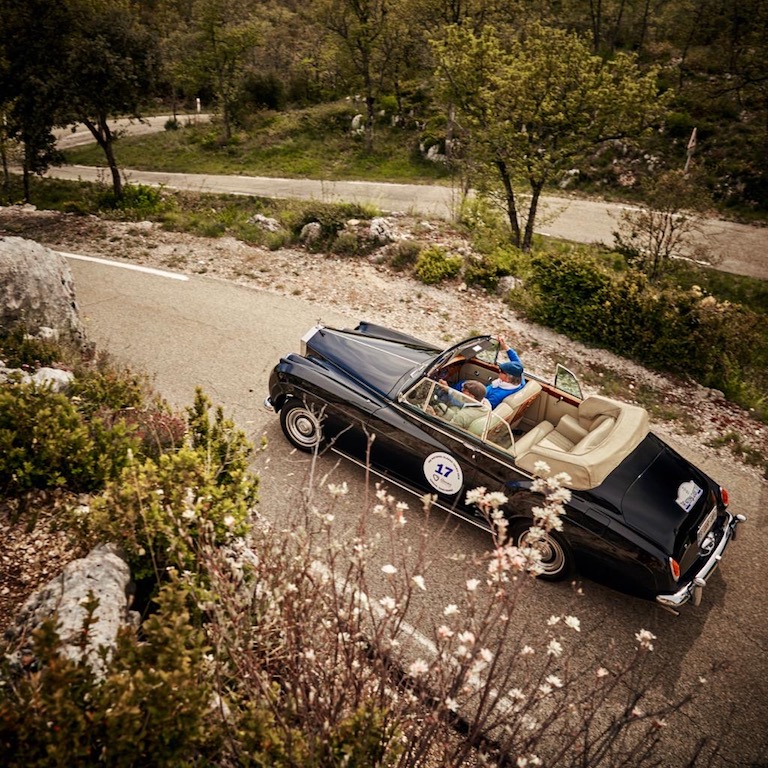 Winding lanes lead us through bucolic landscapes from the five-star Coquillade Village in Gargas, which serves as a daily base to the Carrières de Lumières in Les Beaux-de-Provence. This tourist attraction thematically projects world-famous works of art onto the inner walls of an abandoned limestone quarry. The spectacle is nothing short of impressive, just like the lunch and dinner locations. “The National Classic Tour is – as the name suggests – a ‘tour’ and not a ‘rally’,” says Kiki. “It’s a real tour. A high-level event with a focus on the epicurean and amical aspects. Participants of the National Classic Tour experience a luxury holiday among car enthusiasts with the same passion. ” It was my first tour through the South of France, “says Hidetomo Kimura, founder of Concorso d’Eleganza Kyoto and one of the participants. “The route through the canyons of the Gorges du Verdon to the cocktail at Sénéquier in the marina of Saint-Tropez was nothing short of unique.” 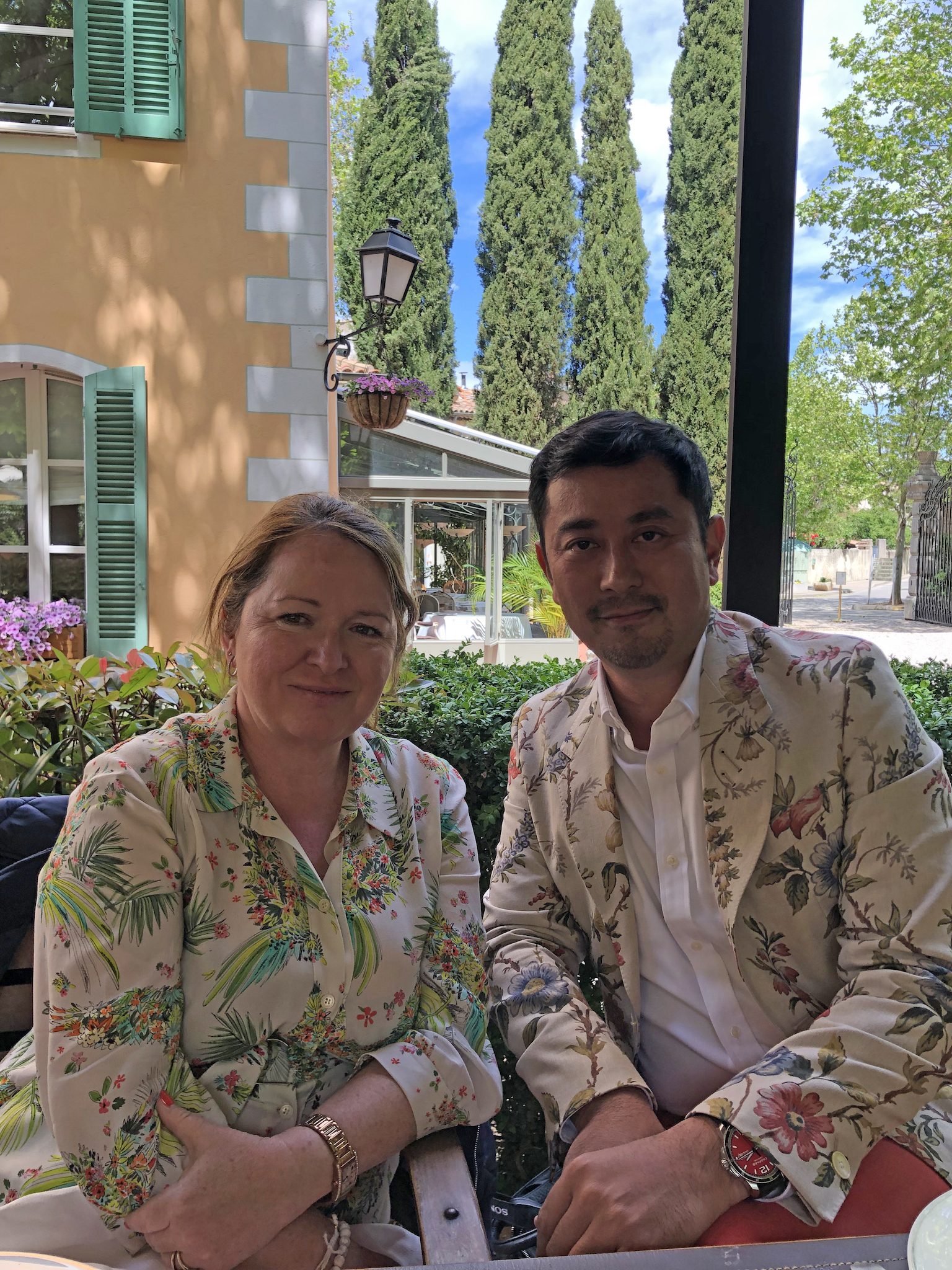 With Hidetomo Kimura, founder of Concorso d’Eleganza Kyoto, and no flowers were not the dresscode of the day.

Learn to drive regularity tests
Since the end of last year, Bruyns is no the only man at the helm of Master Switch, but has associated himself with Stéphane Sertang, CEO of Ginion Group. “I am very passionate about classic cars, but alas they often stay in the stable,” says Stéphane. “Events such as the National Classic Tour not only offer enthusiasts the opportunity to drive the cars in a delightful manner, they offer also the opportunity to make friends with people who share the same passion. Jacques and I have plenty of ideas. At the beginning of next year we will open a school where car enthusiasts can learn how to drive regularity tests and rallies. This Master Switch Academy will work around three pillars: ‘safety driving’, ‘safety driving with GTs on the road’ and ‘circuit driving’.” In this way, nobody has an excuse anymore for not participating in car events. 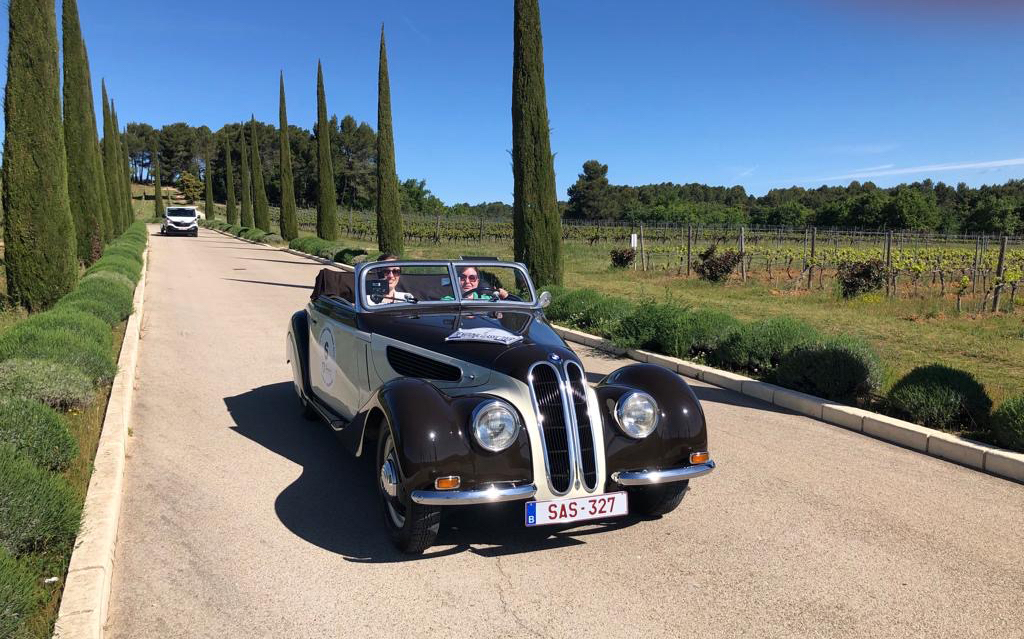 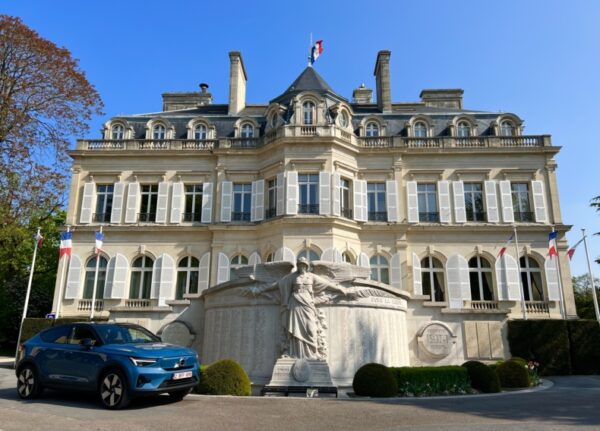 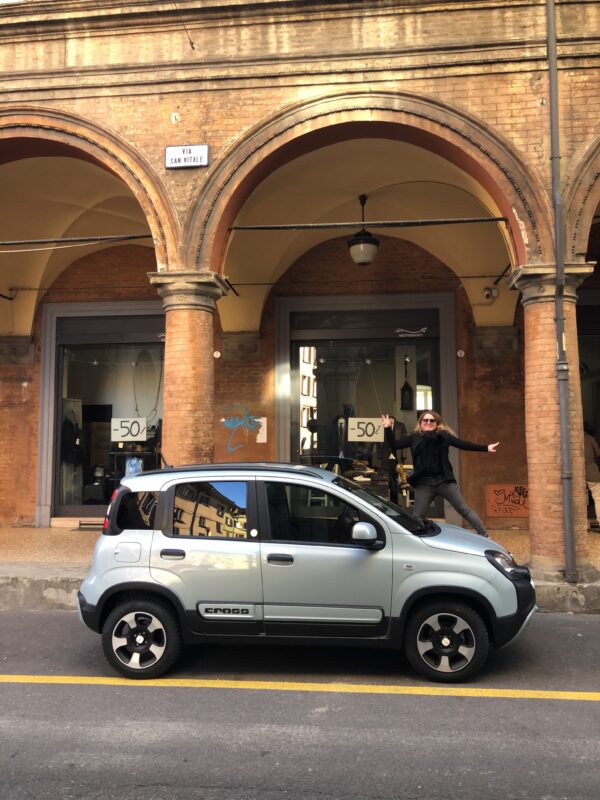 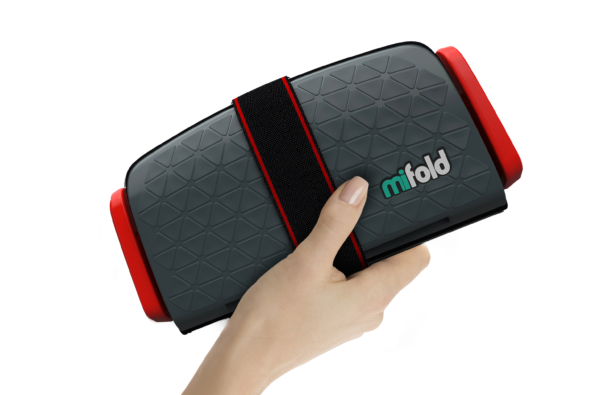