Esther Verhaeghe-Art Concepts unveils until February 16 at the Gallery Space in the Brussels commune Ixelles the spectacular crayon drawings on felt of Paris-born artist Léa Beloussovitch.

The source of her work emanates from the deep research she does in the field of news and press photo images. These images, also found on the internet, are removed from their graphic and cruel immediacy by her artistic techniques. Lea Belooussovitch veils and transmutes the images, taken at great proximity by the photographers, of people in a state of distress and vulnerability. By drawing with colour pencils on felt, the resulting blur makes the portrayed victims anonymous again, envelop them as it was again in a protective film. 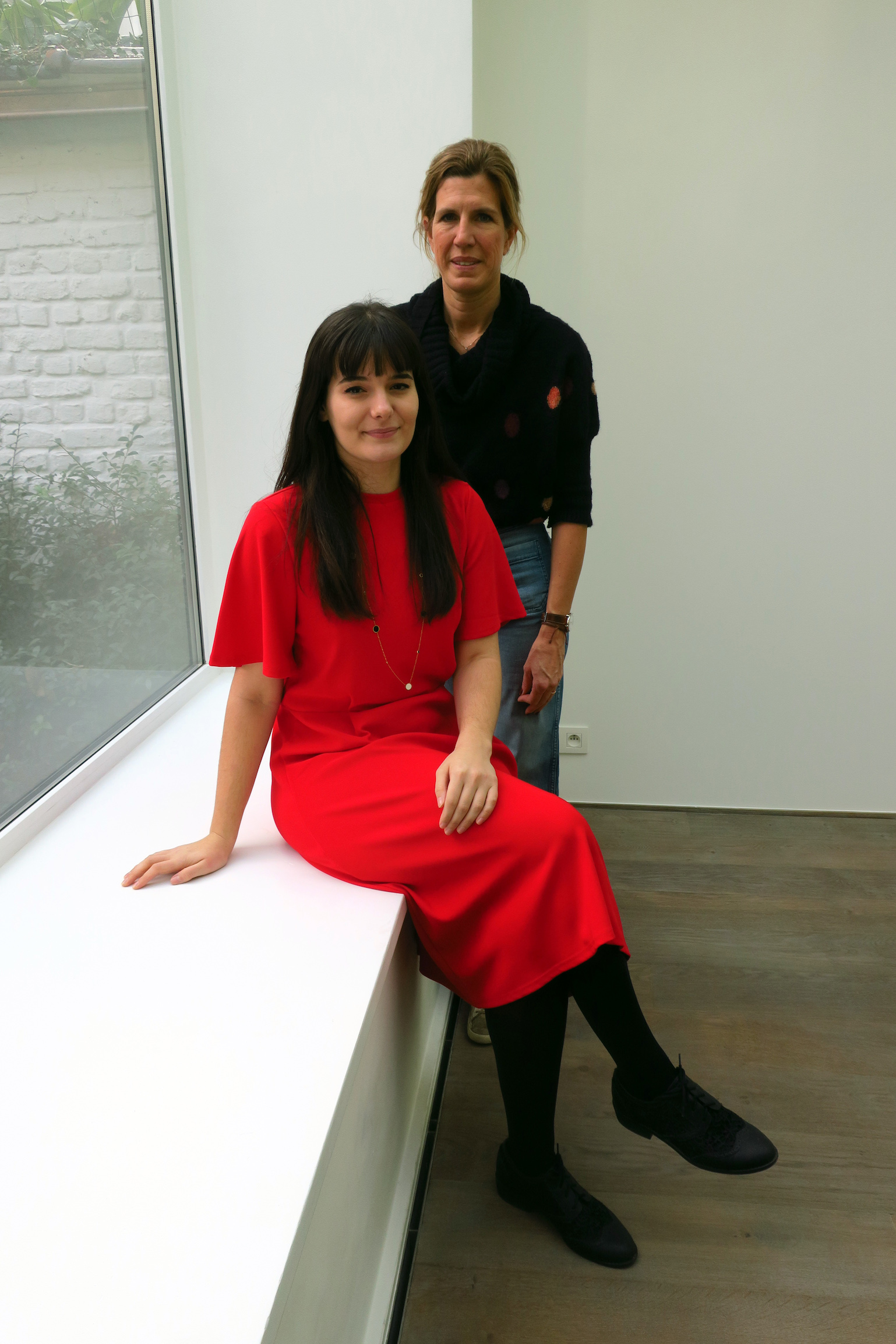 “Percepts”
The choice of felt as a support is done with this specific purpose. It is in essence a fluffy, protective and isolating fabric. The material is essentially soft, and the color laid in pencil impregnates the fiber deeply, slightly distorting its structure, making it still more fluffy. The soft contours give an aesthetic attractiveness to these images, and the violence and immediacy of these images recedes into the background, and gives a neutral, sometimes even quite colourful aspect to these images, shown under the exposition title “percepts.” It is indeed the perception of the spectator or the viewer which takes centre stage here.

We show you here one of her large images – this series is drawn on 80 x 100 cm felt canvases – made in 2018, depicting the scene of the terrorist bomb attack on the Ariana Grande concert in Manchester on May 22nd2017. 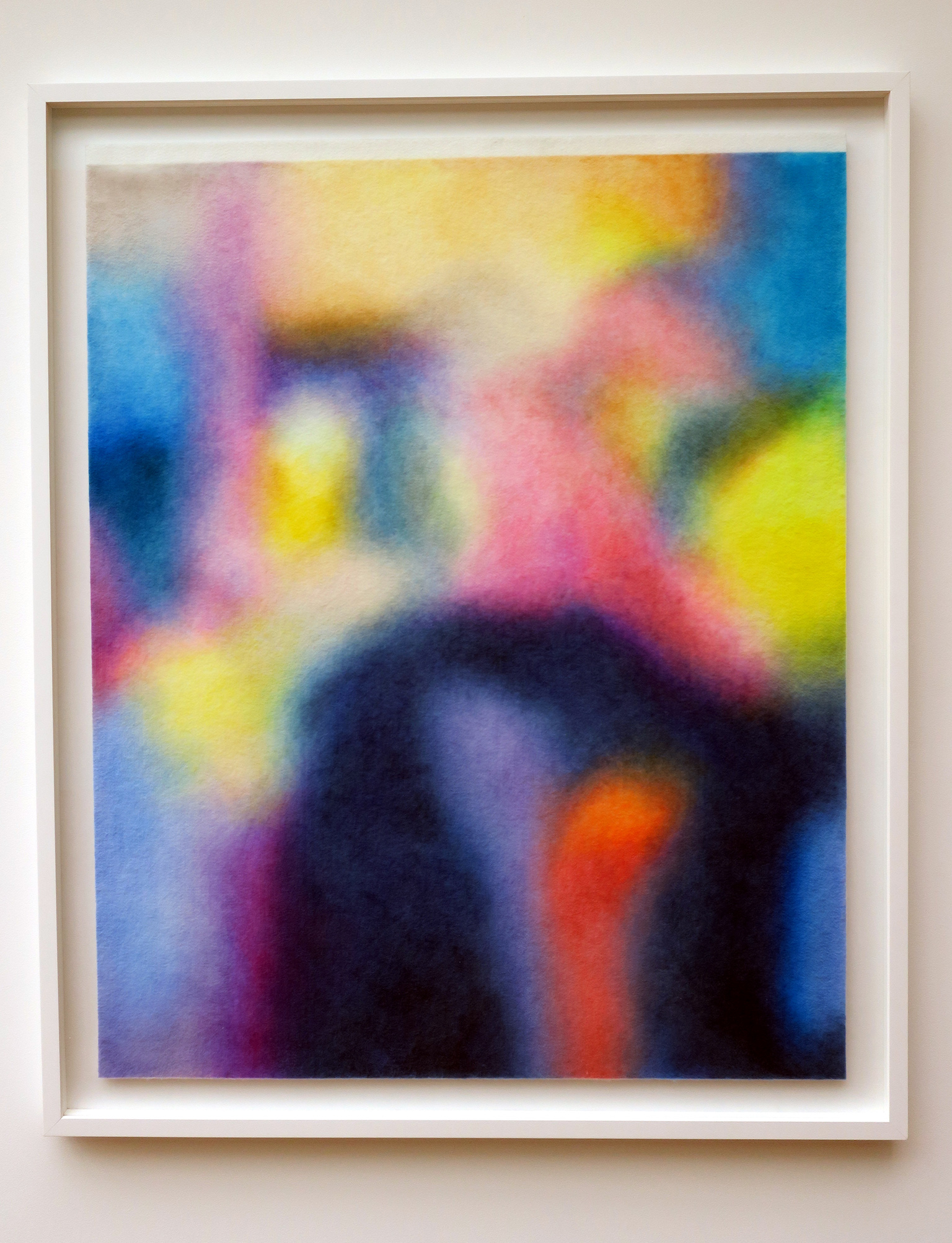 Another gripping series of her is a collection of A4 format light blue transparent plastic covers, holding photos taken by random bystanders and witnesses of police actions. The whole series is called “Blue wall of silence – anonymous witnesses”. It shows the impersonal face of violence, its accidental and fortuitous nature, which leads the viewer even more into reflection. The blue color also indicates the confidential nature of police actions and the accompanying (crime) investigations. 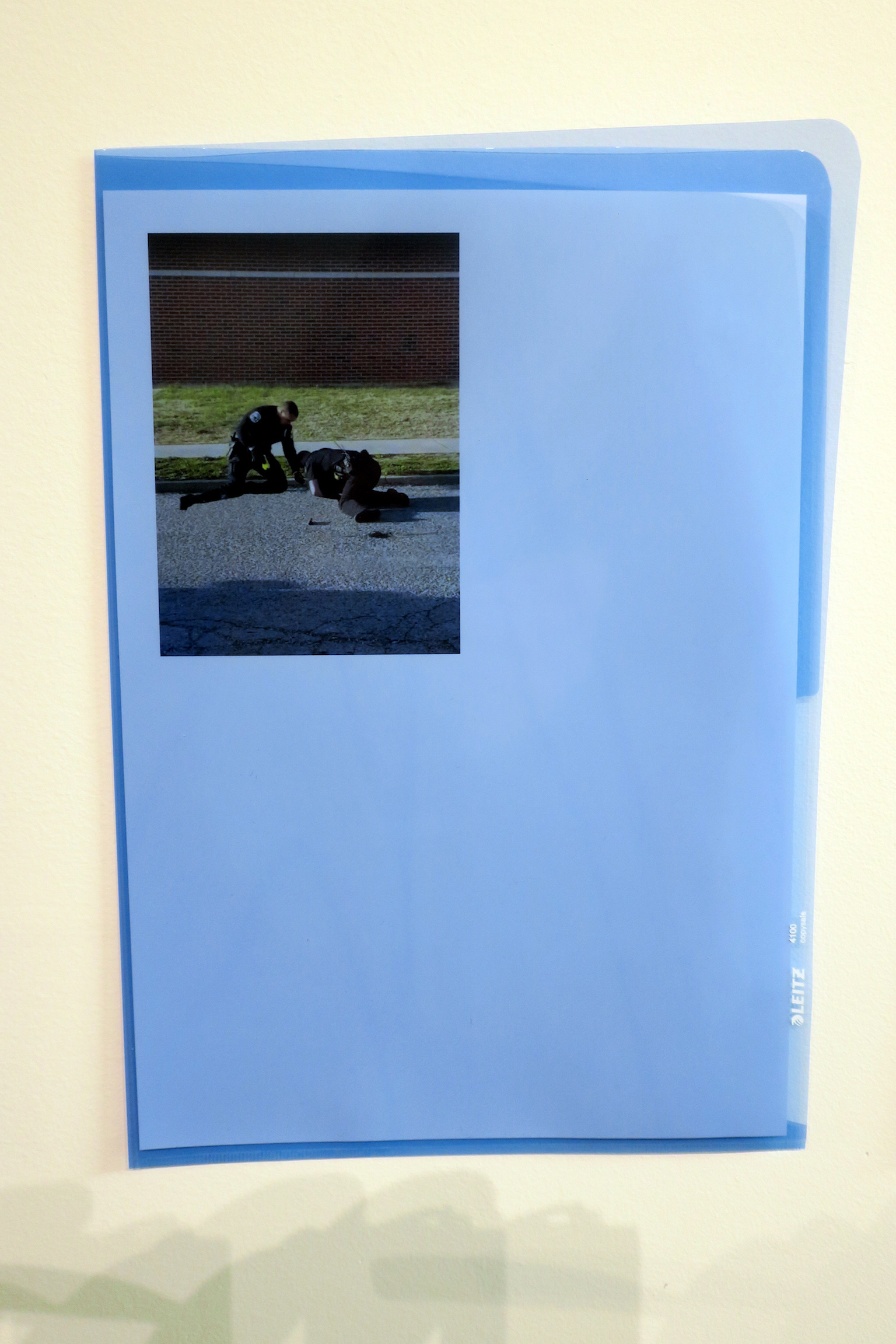 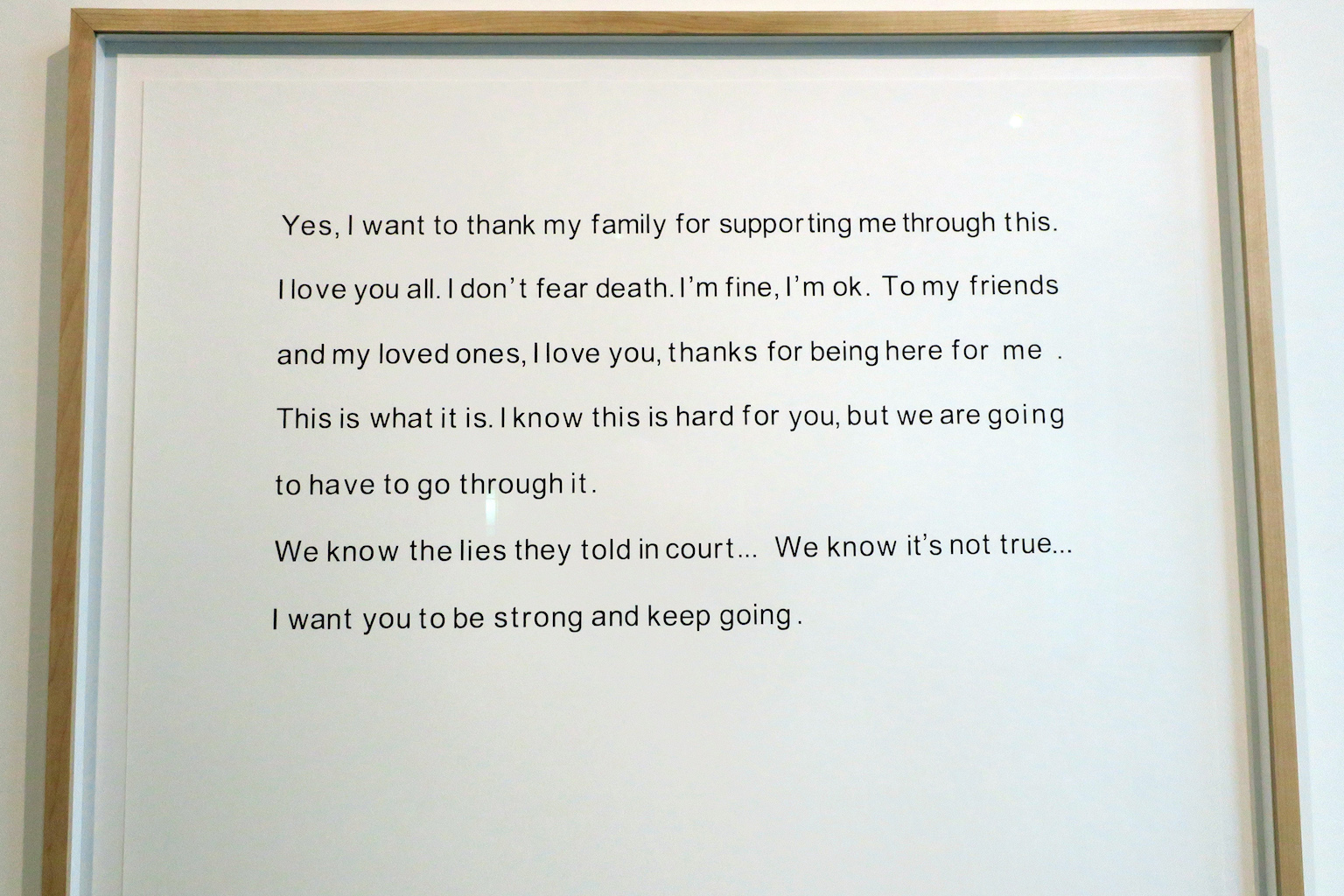 The gripping last words of “Executed Offenders”, ballpen on paper. 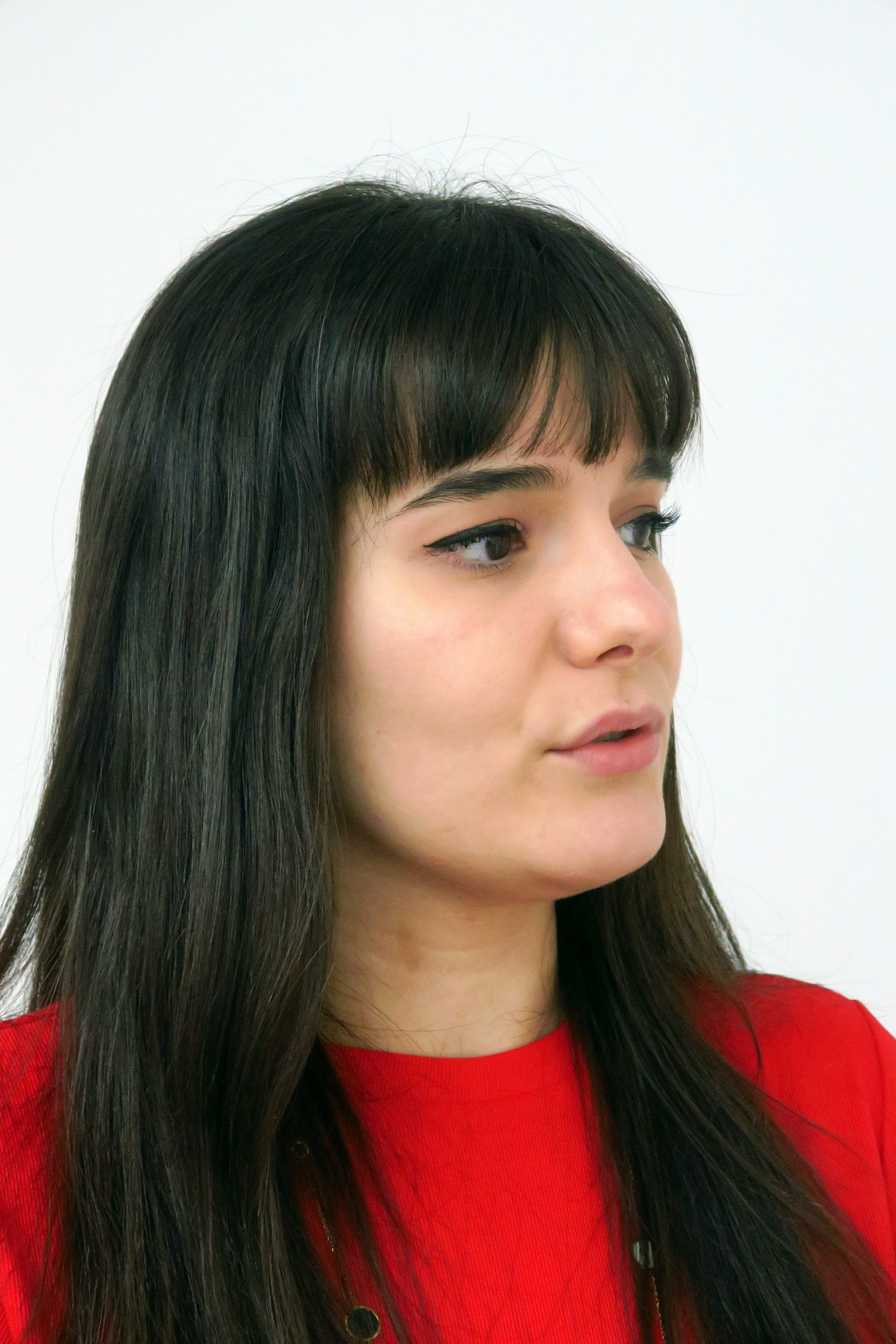 Lea Belooussovitch lives and works in Brussels and she has just received the Young Artists Award 2018 from the Parliament of the Wallonia-Brussels Federation. 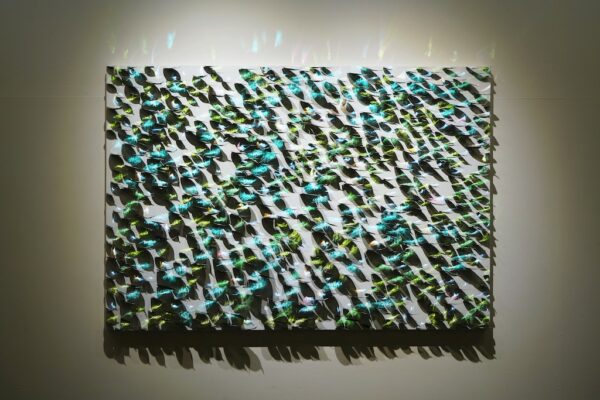 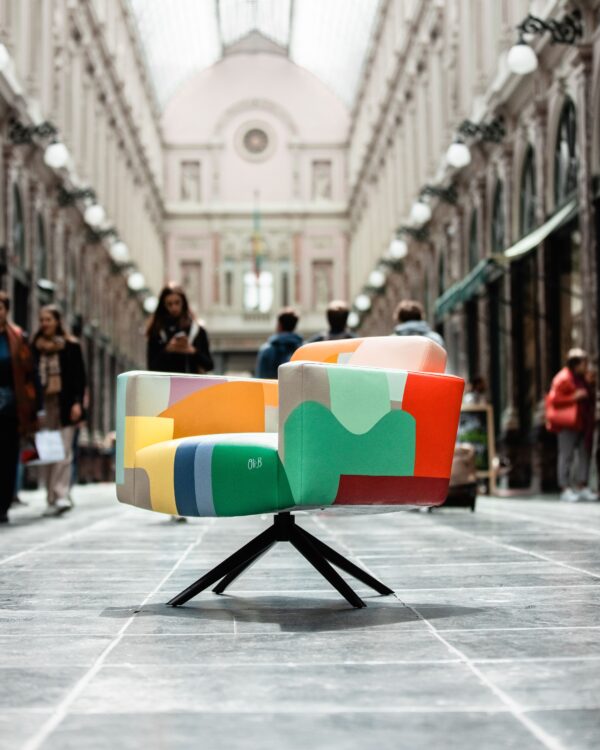