The Japanese car manufacturer Mazda is blowing out exactly a hundred candles this year. As a tribute, Mazda is organizing at Autoworld Brussels a retrospective with sixteen special and historic cars, numerous documents and exceptional scale models. You can see it all – Corona permitting – from November 19 to December 13th 2020.

When you say Mazda, Hiroshima immediately comes to your mind. This year marks not only 75 years since the Japanese city was bombed, but also the century since the Mazda company was founded there. Mazda was originally a manufacturer of cork products; but during the devastating Second World War the factory was completely destroyed. Like a phoenix, the brand rose from its ashes as businesses and residents rebuilt the entire city stone after stone.

Mazda’s first vehicle Mazda was some sort of three-wheel motorcycle. An open cargo bin was mounted on the back of this tricycle. This small, compact utilitarian vehicle was dubbed ‘Mazda-Go’. The body had the Mitsubishi logo on it, because Mazda motorcycles were initially sold through the Mitsubishi network.

The first real car to roll out of the Mazda factory was the Mazda R360 in 1960. This ‘keijidosha’ (‘light vehicle’) quickly became the most popular car in the land of the rising sun. It was a four passenger two-door coupé with a 16 hp, 356 cc engine and air cooling.

Mazda is a pioneer in rotary engines, an innovation that many other car manufacturers then considered impossible. From 1967 the technology was used in the production of series cars such as the Mazda Cosmo Sports. The same engine sat in the Mazda 787B No. 55, the car that gave Mazda its victory in the 1991 edition of the 24 Hours of Le Mans. Mazda thus became the first Japanese make to win this legendary endurance title. Ever since, the Wankel rotary engine has been part of Mazda’s DNA. The engine even inspired a slogan of the brand: ‘Lighter, Stronger’.

The brand is also quite dynamic when it comes to design. The Kodo design strategy (‘Soul of Motion’), launched in 2010, has already won Mazda more than 350 design and innovation awards. In 2016, the Mazda MX-5 Miata was named World Car Design of the Year by a panel of automotive journalists from around the world. This model is now the most builtroadster (more than a million units) in history. This year, Mazda launched its first 100 percent electric car.

Thanks to the support of Mazda Motor Belux and some collectors who gracefully lent their cars to the show, the exhibition in Autoworld gives a glimpse of all this beauty. In addition to the Luce Coupé 130 Rotary from 1969 to current models such as the Mazda MX-5 ND, the Mazda 3 Hatchback and the MX-30 (special 100th Anniversary), Autoworld shows amongs others the MX-5, RX-7, 121 DB “Little Ball”and also an MX-5 Cup Car (MMB).

Four historic racing cars complete the sporting picture: the Cosmo 110 S – Marathon of the Road 1967 (MMB) – the RX-7 winner of the 24 hours of Francorchamps in 1981 (Jacky van Kempen), the 323 GTX driven by Grégoire de Mévius in 1991 to win the World Rally Championship for production cars (Geri Pelli – Italy). The highlight was the 787B, which won the Le Mans 24 hours in 1991 and is on loan from the Le Mans Museum especially for this occasion.
www.mazda.com 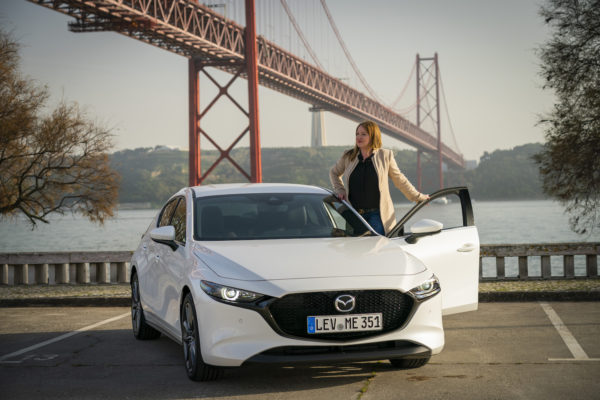 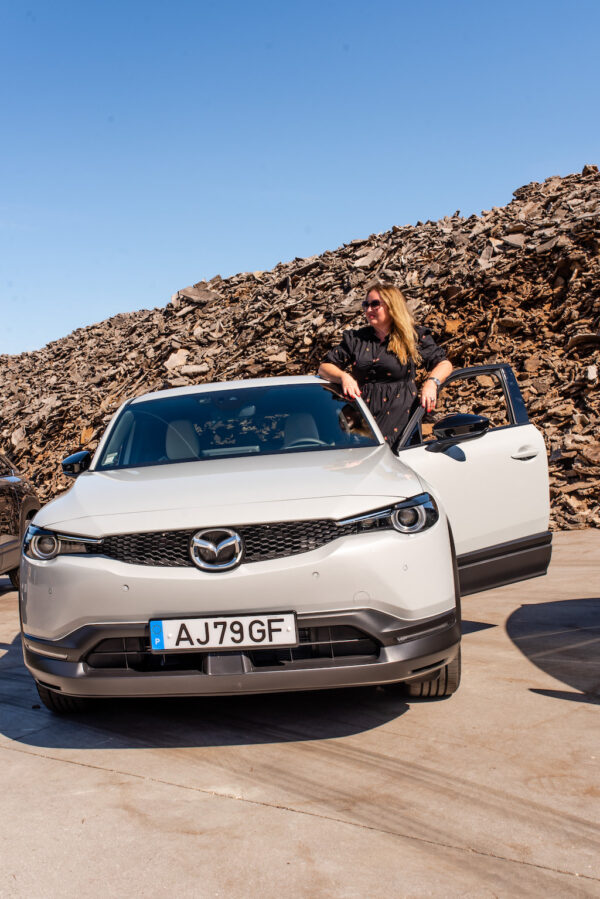